Due to its strong handcraft features, the Bohemia Reserva decided to launch a high quality beer with the “beer of guard” nature, packaged once a year and marked with a harvest number and the year produced.

With this, they launched a small and exclusive lot of only 4,000 bottles, which were sold only in a virtual store and in the brewery itself, in Petrópolis.

Create a label for the 600 ml bottle with the premium handmade and tottally personalized concept, communicating the exclusivity of a Grand Reserva product as if it were a “wine for beer lovers”. All the quality and tradition of the Bohemia brand should be transmitted. In the traditional amber bottle of 600 ml of beer, the name BOHEMIA RESERVA was engraved in special cold screen printing to avoid changing the formula of the already bottled beverage.

Both on the label and on the tag tied with sisal, serial numbers were engraved guaranteed the exclusivity and limited quantity of the 2012 harvest. The cap seal was made with melted wax, same sealing process used before the cork in the industrial process. Every bottle had the manual signature of a brewmaster.

The whole process of handling the packaging was done by hand at the factory. The bottle was wrapped in custom kraft paper and wrapped in a straw bed inside a wooden case, pyrographed in low relief with a cliché designed especially for the product. 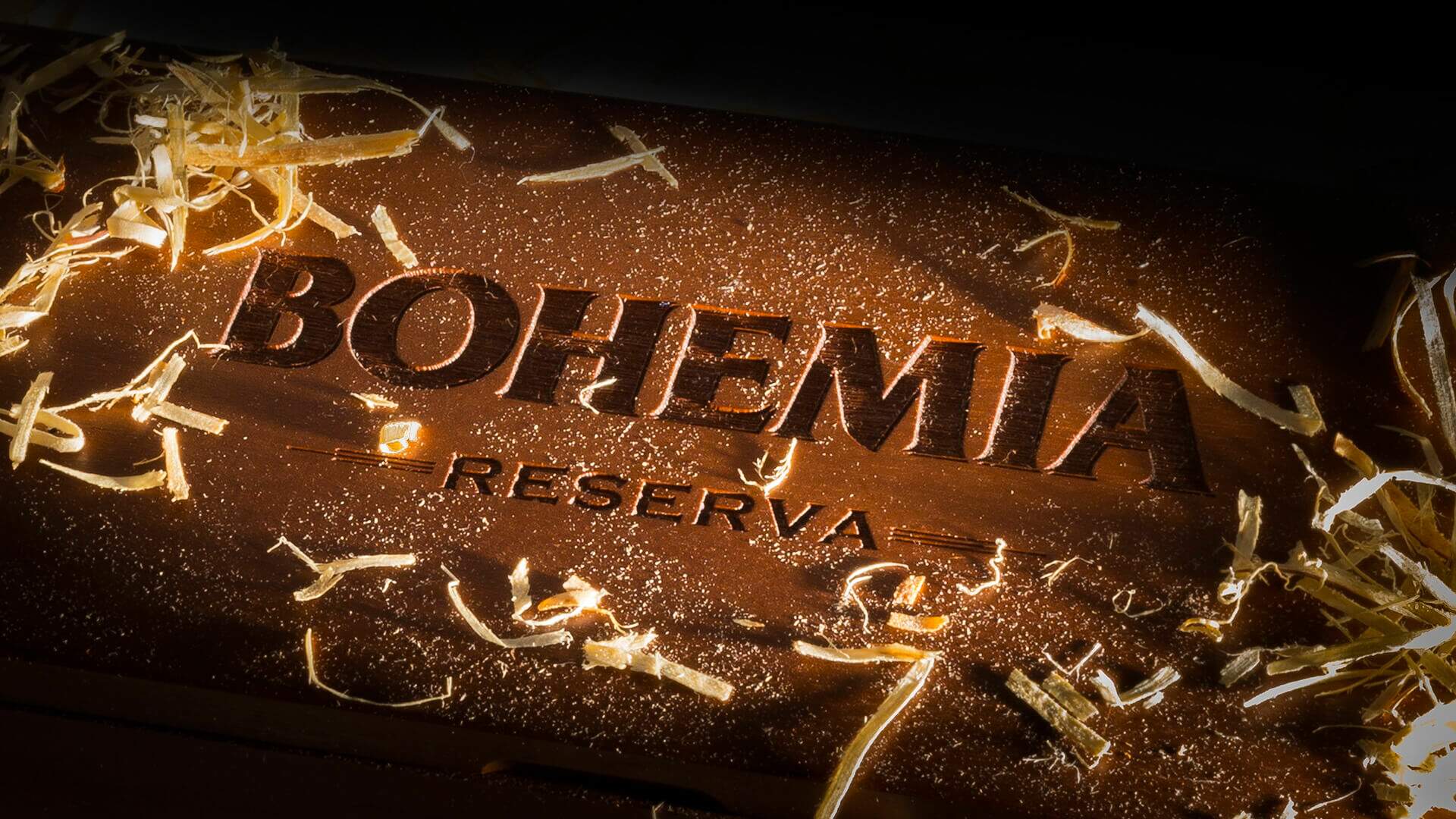